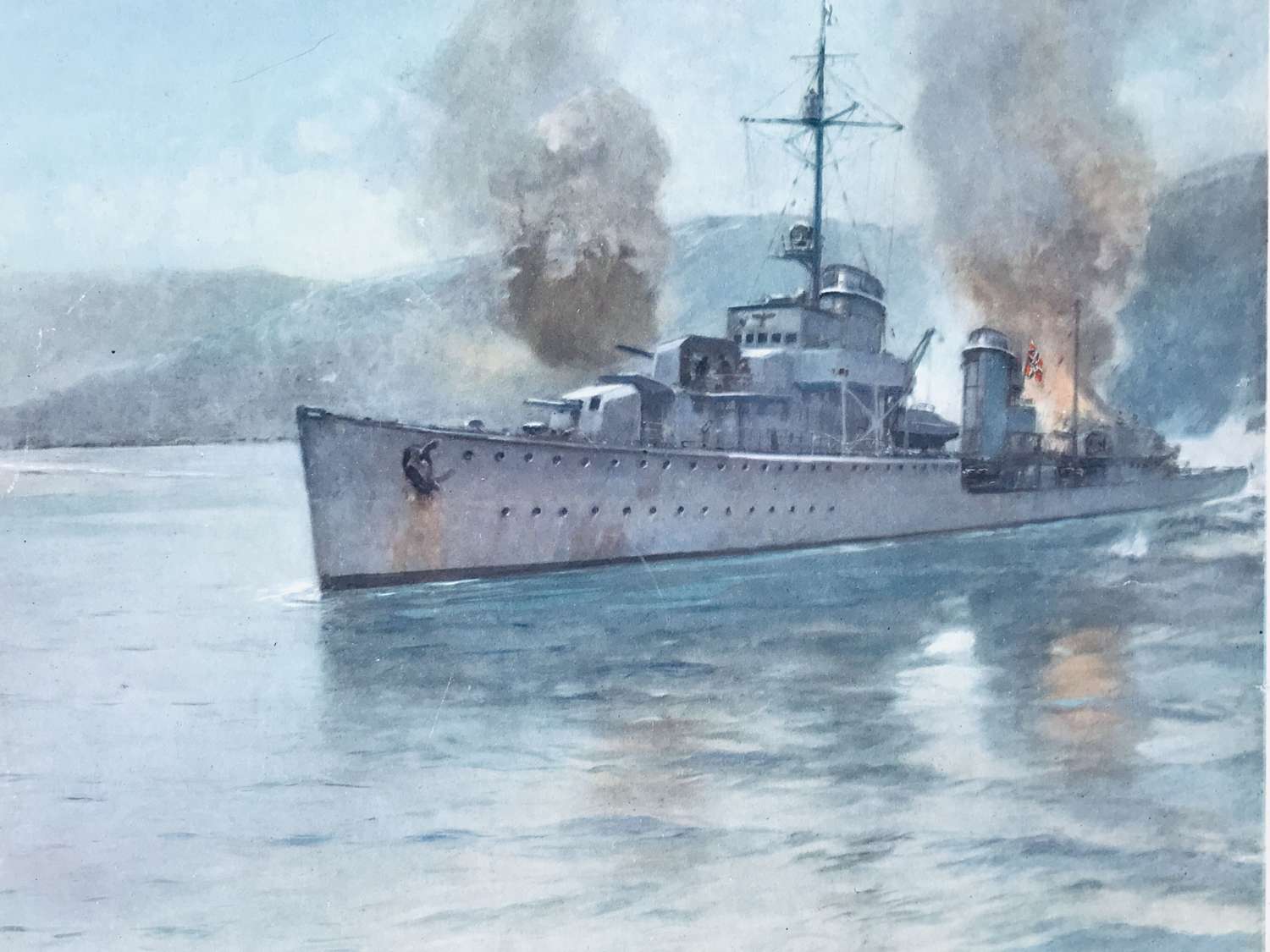 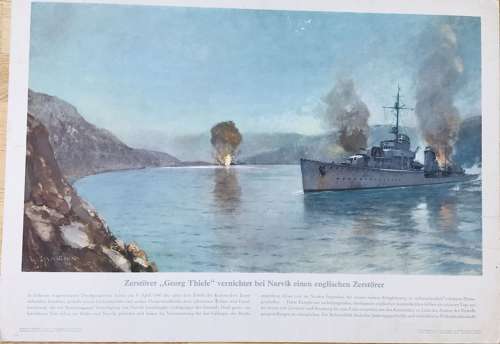 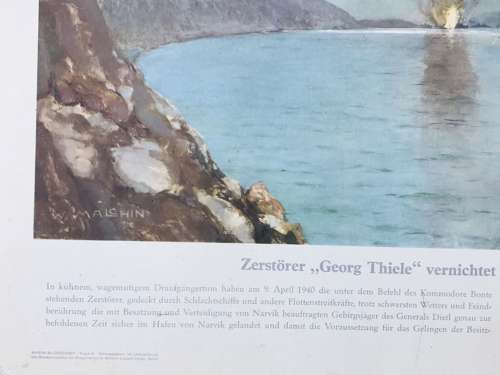 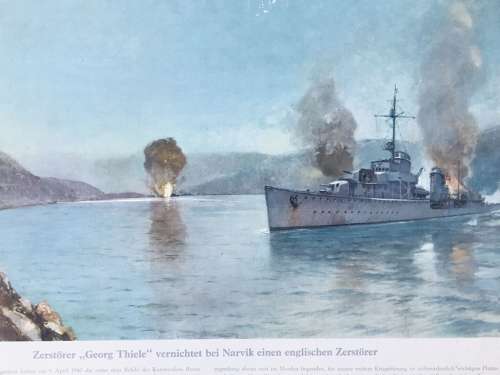 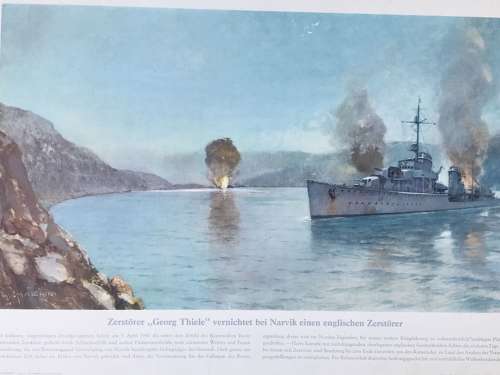 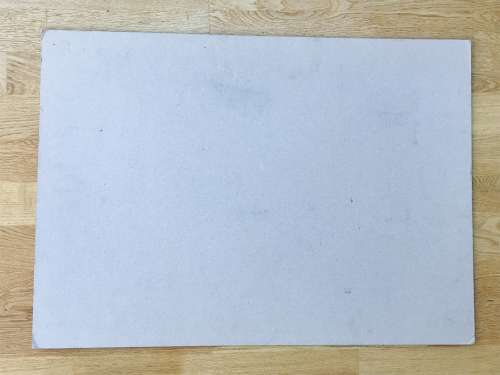 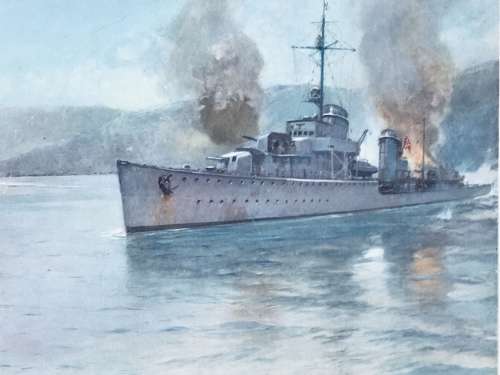 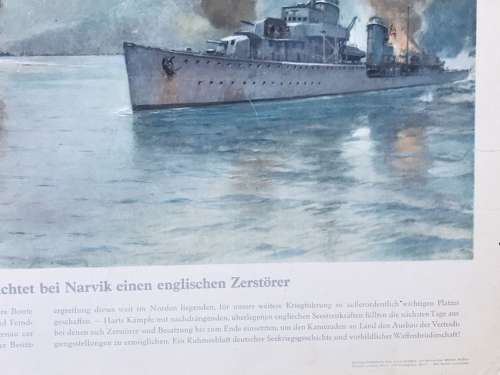 This is a original print on cardboard of the German destroyer ( Georg Thiele )  in action at Narvik during the invasion of Norway in 1940 against Royal Navy destroyers .During The engagement in which several Royal Navy destroyers were damaged the Georg Thiele was ran aground and broke in two the wreck is still visible today and is popular with divers the captain was awarded the knights cross for his actions.The print is in good condition. Measures 70 x 50 cm .