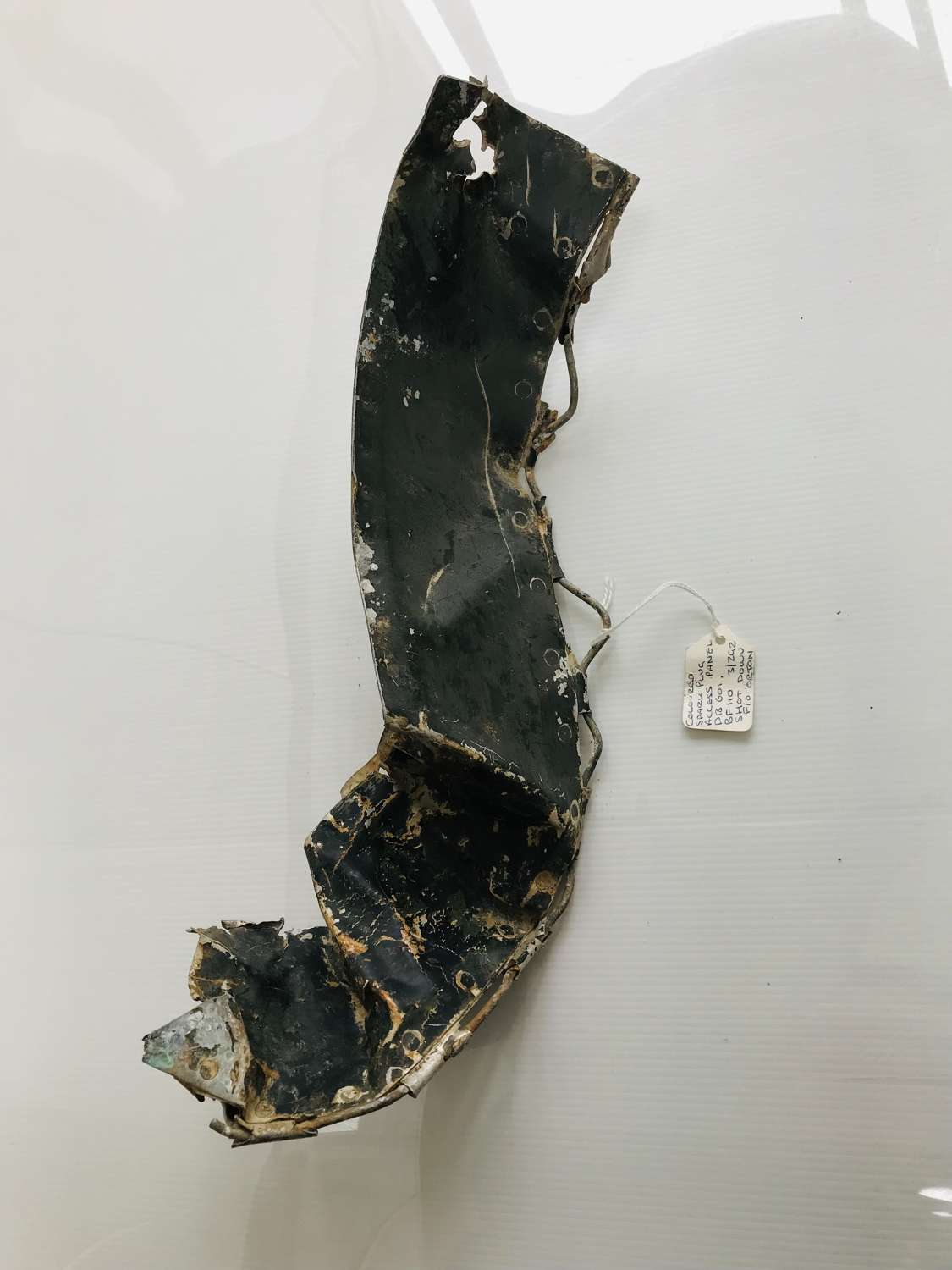 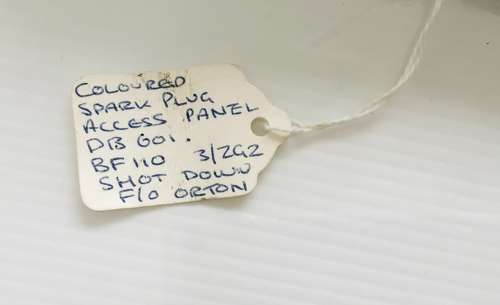 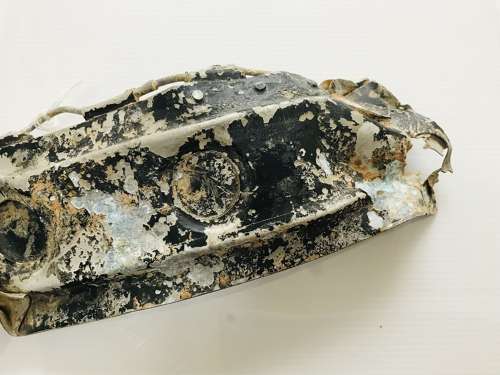 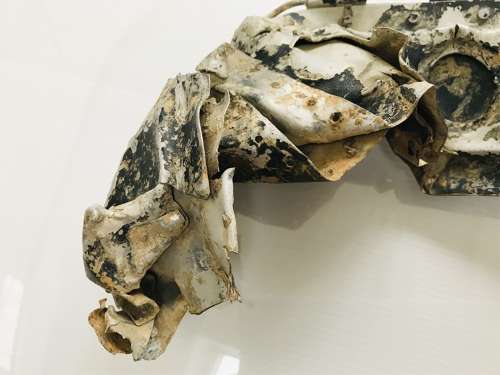 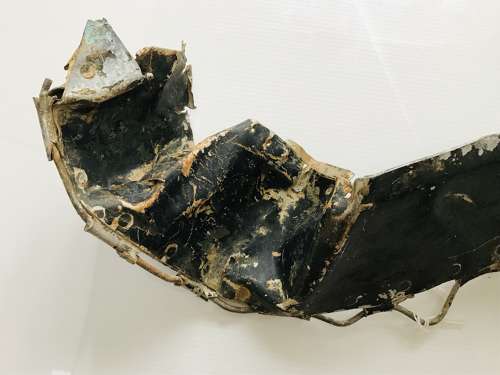 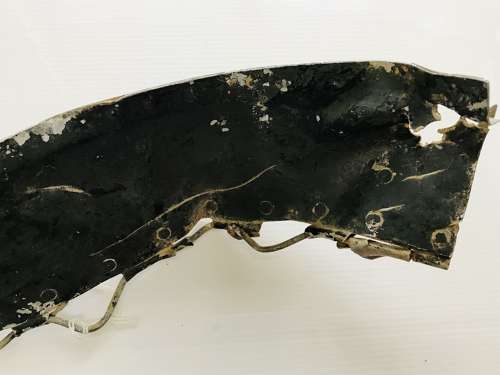 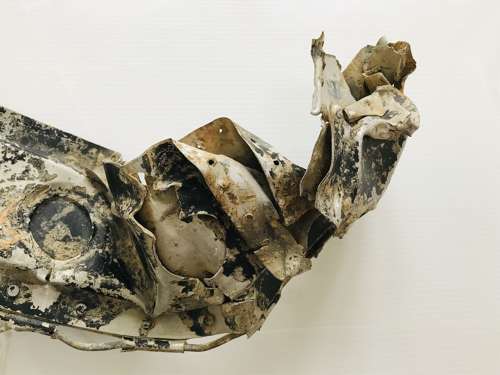 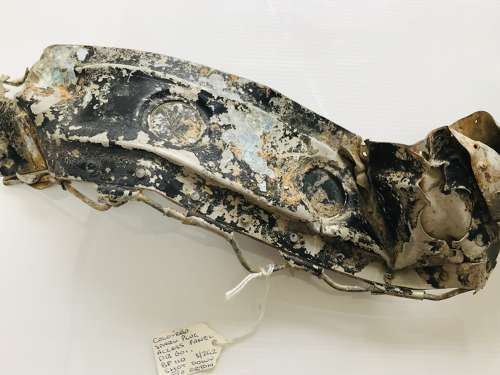 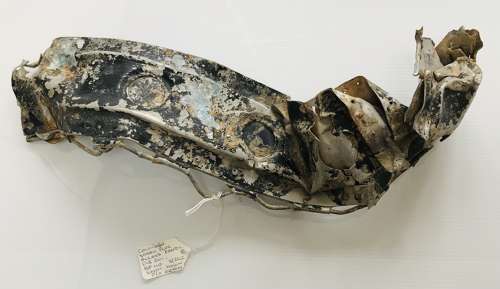 A spark plug access panel from a Messerschmitt BF 110 From 3/ZG2. The aircraft was shot down by a Hurricane of 73 Squadron, Royal air force by pilot flying officer Newell Orton DFC and Bar during the Battle of France 15th May 1940. The plane crashed into a forest near Boult Au. Bois ,East of Vousiers (LT .F.Mentzel and GfR.W .Oechsle ) and they baled out. The plane was dug from the wreck site in the late 1980s. A lot of the original colour and paint is still remaining. Unfortunately flying officer Orton would be killed in action in September 1941 when he was the commanding officer of No 54 Squadron he is remembered at the RAF Runnymede Memorial as one of the missing, He was credited with destroying 17 enemy aircraft plus eight probables and four damaged .