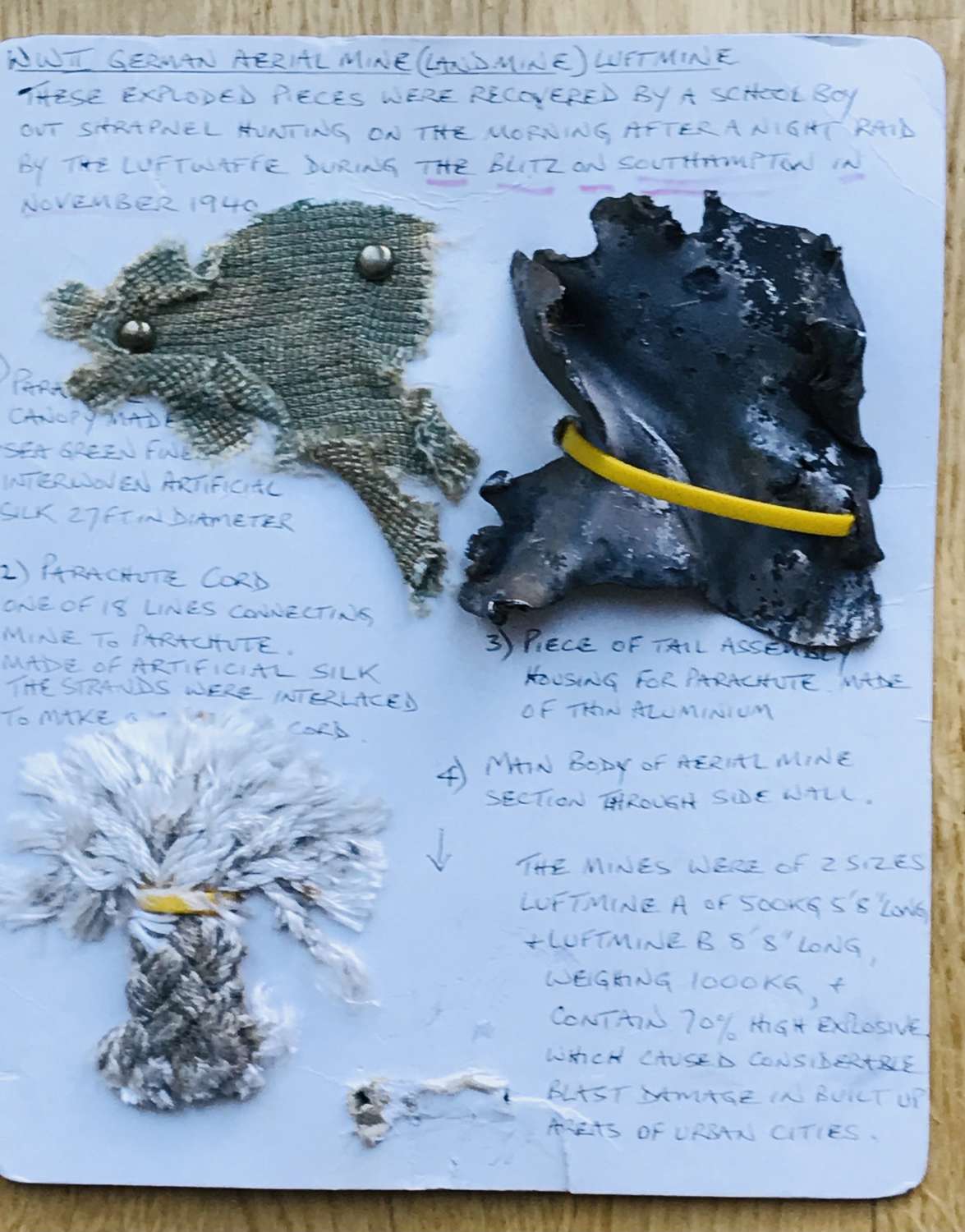 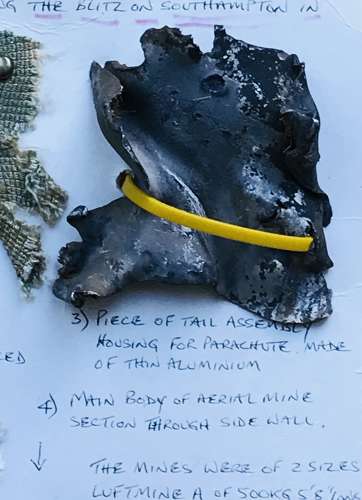 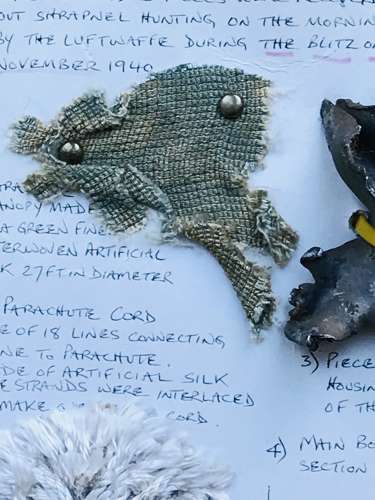 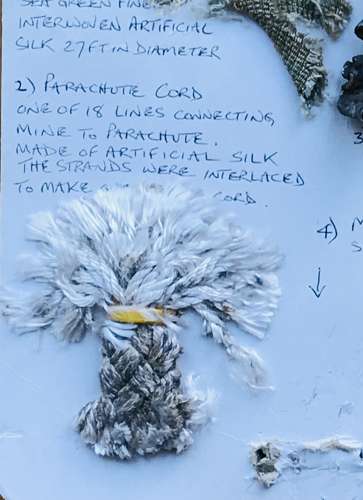 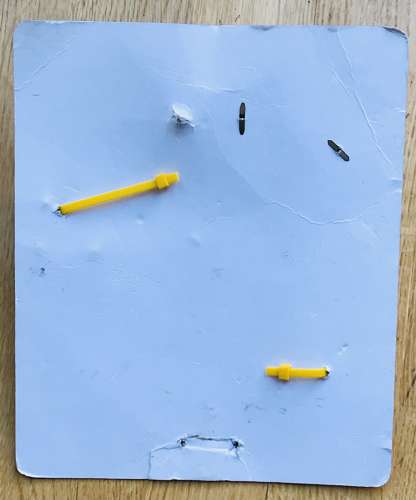 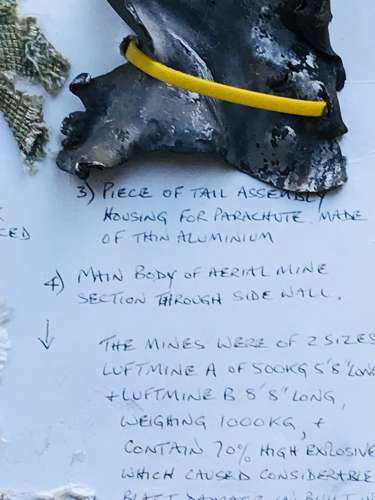 Three pieces of a German aerial mine  that was dropped on a raid on Southampton during November 1940.These were recovered by a schoolboy at the time and later mounted on a card for Display. I purchased these about 20 years ago directly from the collector who attacked them them to the card.A Nice souvenir of the Blitz .