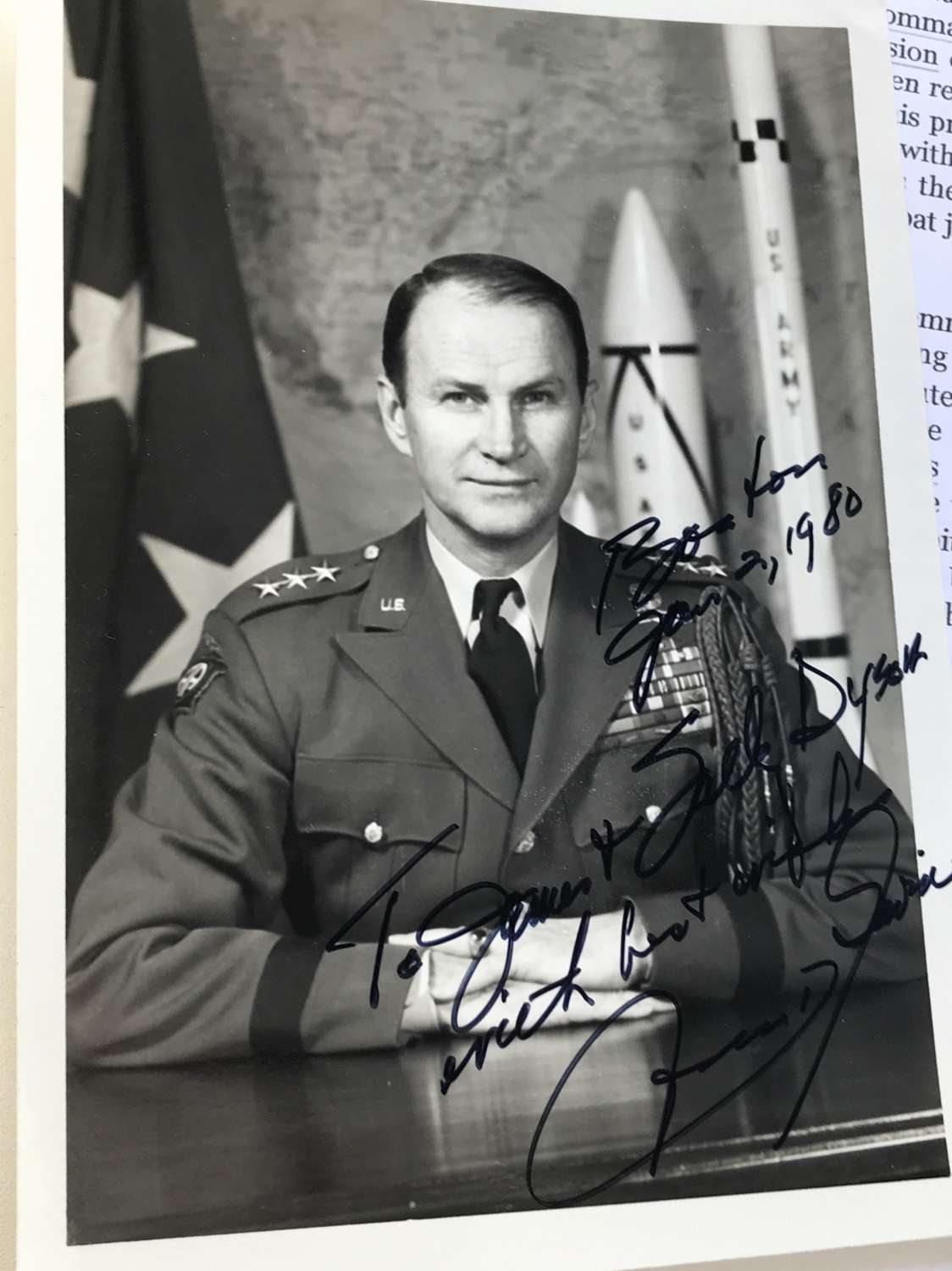 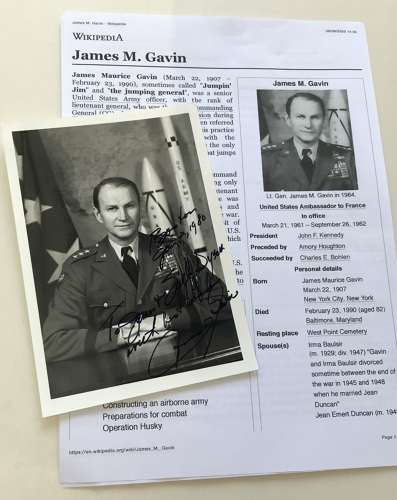 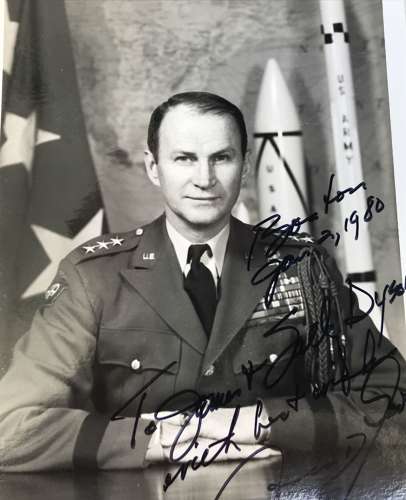 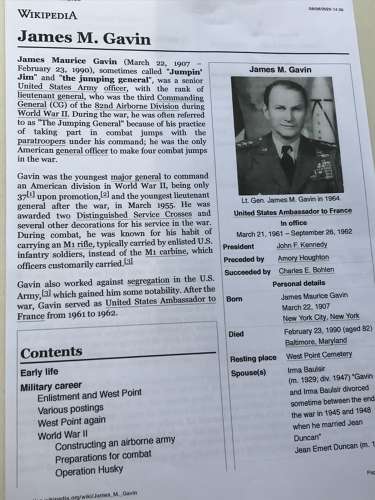 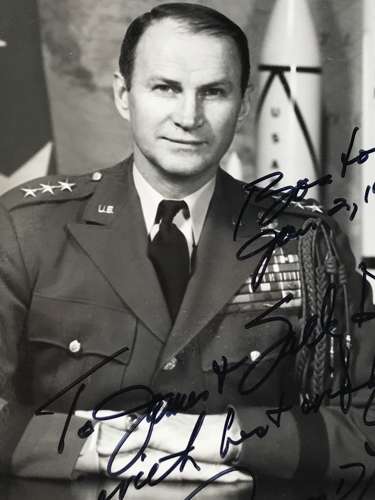 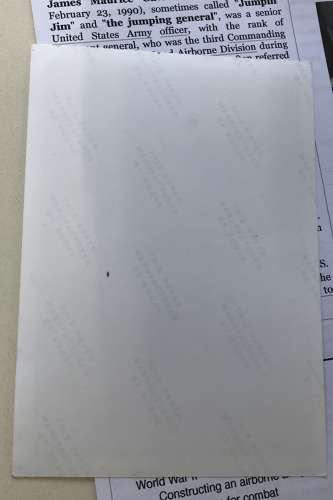 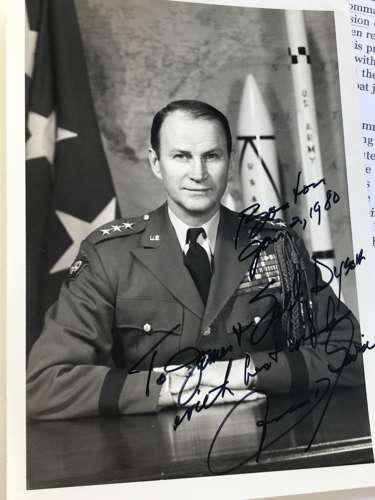 This is a signed photograph of General James Gavin, known as the "jumping general" . He was the commander of the 82nd airborne division and was the youngest General in WW11.

Operations included , Sicily, DDay, Market Garden and the Battle of the bulge. The Photograph was signed by General Gavin in 1980, he died in 1990. Measures 18 x 12 cm.