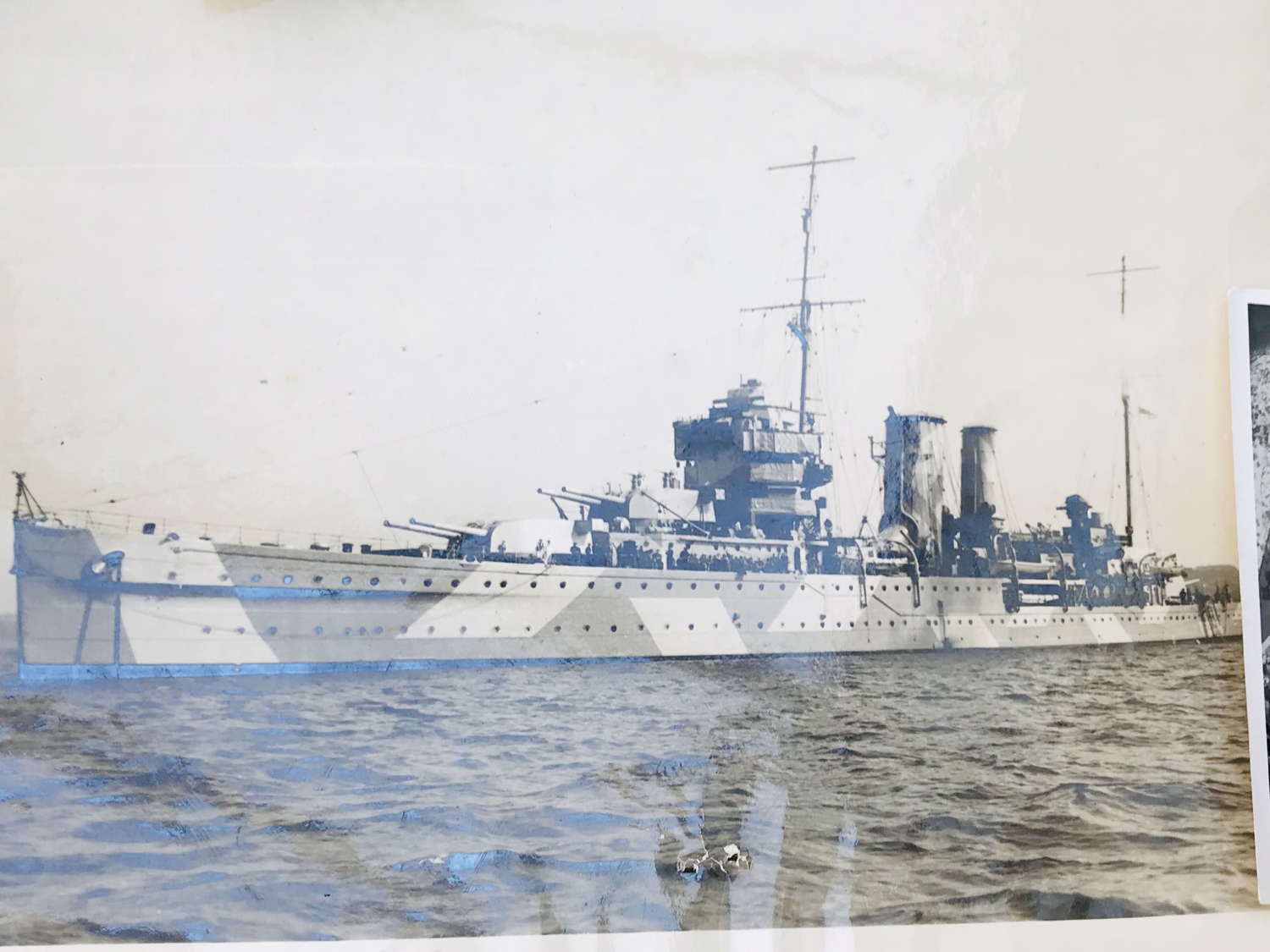 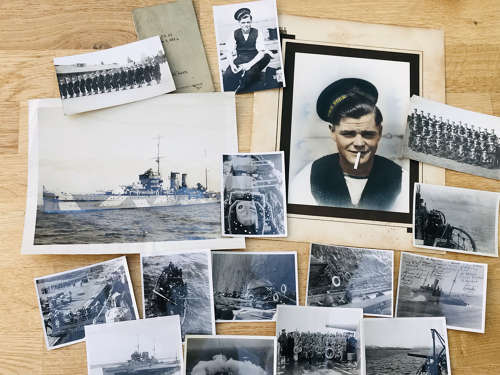 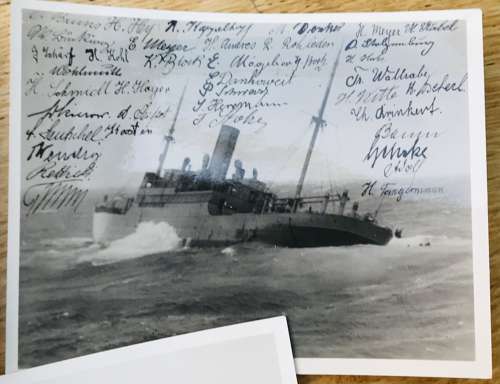 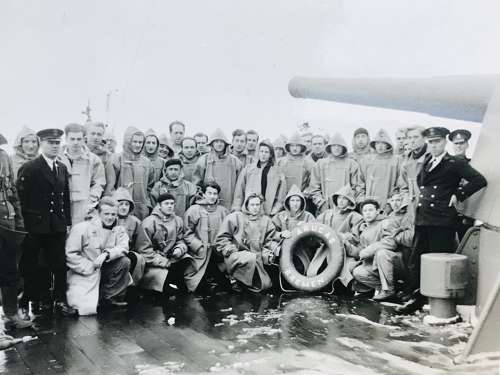 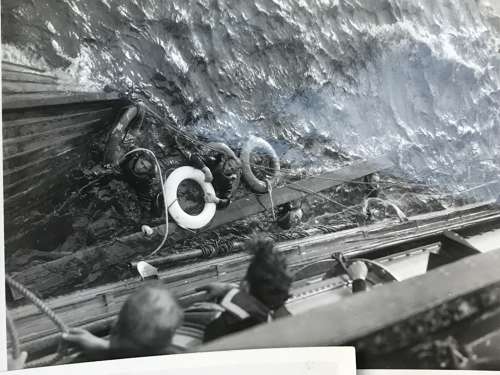 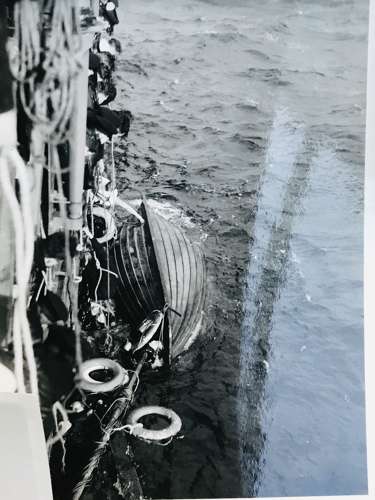 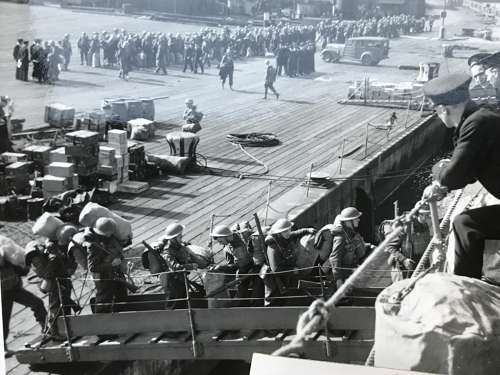 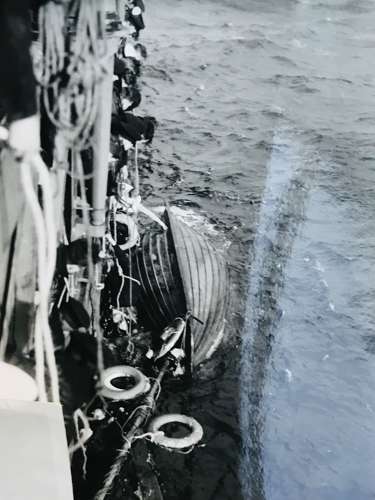 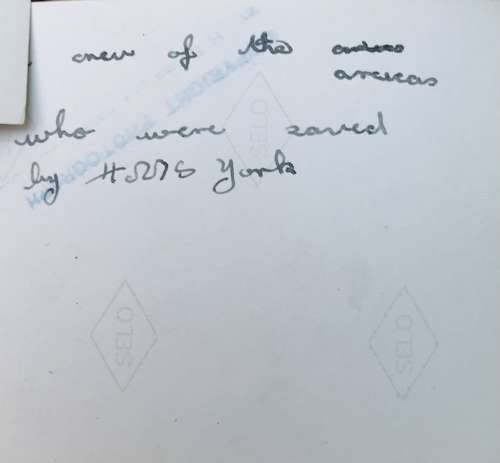 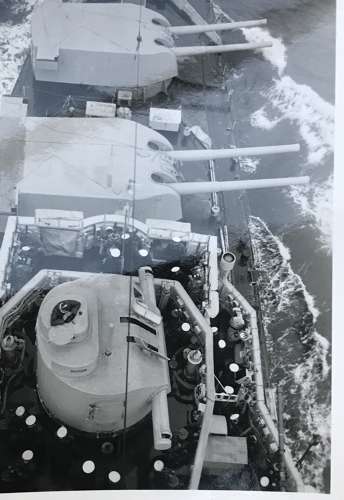 A Group of 16 photographs taken on HMS York, The images feature the capture and scuttling of the German blockade runner Arucas in March 1940 and the embarkation of troops to Norway in April 1940. She went on to serve in the Mediterranean against the Italians and was later disabled by Italian motorboats in Suda bay, Crete. She was eventually destroyed by a German aerial attack during the airborne invasion in May 1941. She remained in Suda bay until the end of the war and was eventually scrapped in 1952. The photographs are in good condition with some annotation to the reverse side of the image.