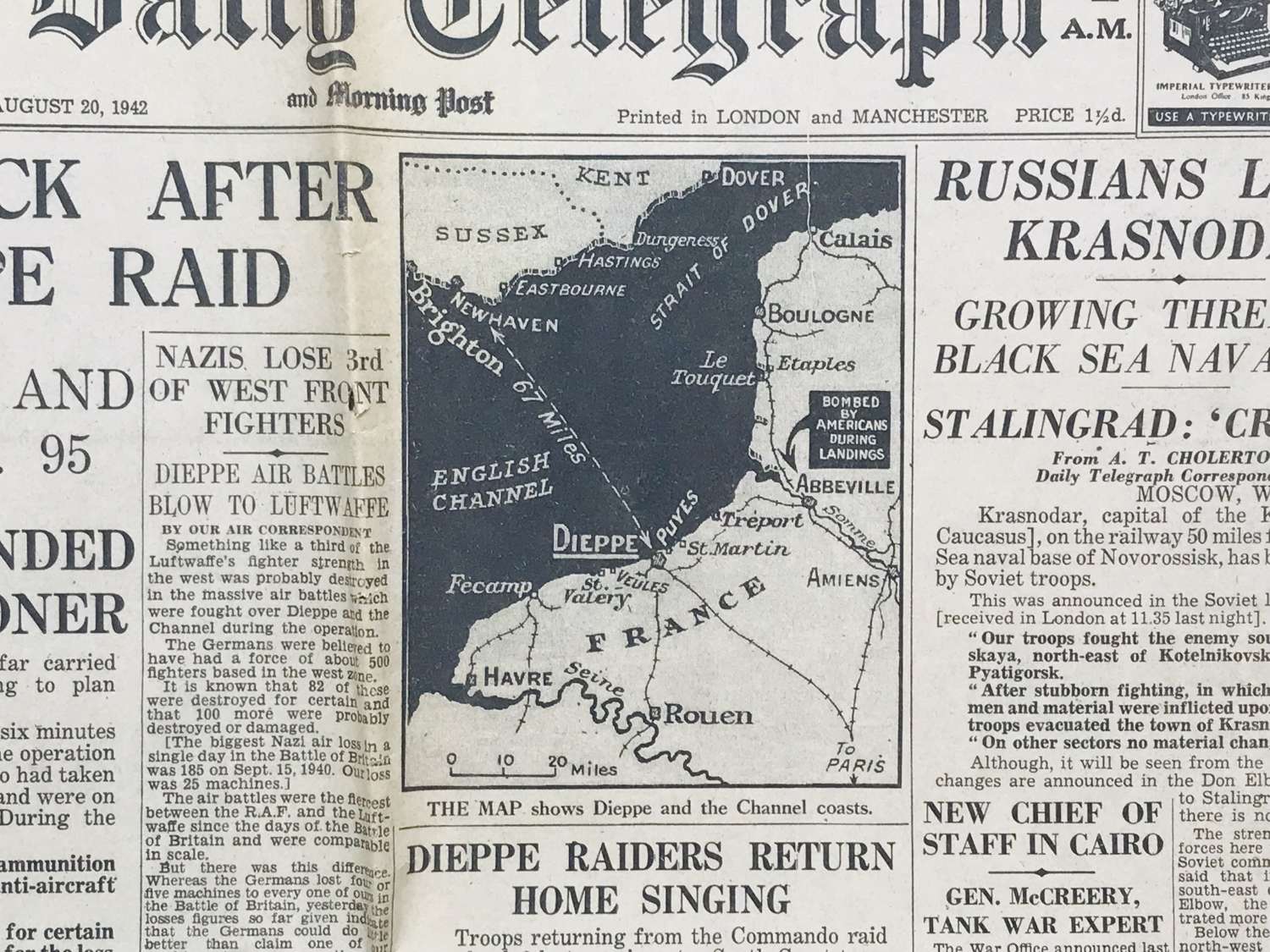 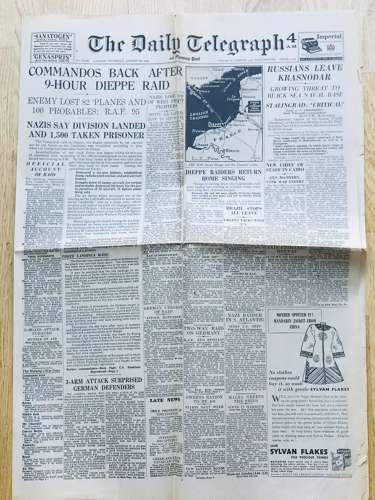 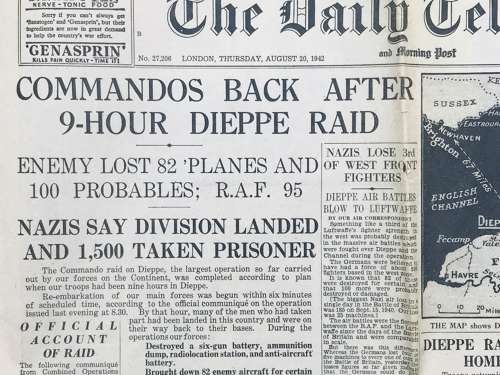 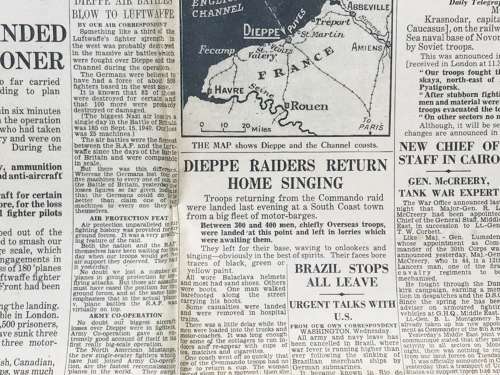 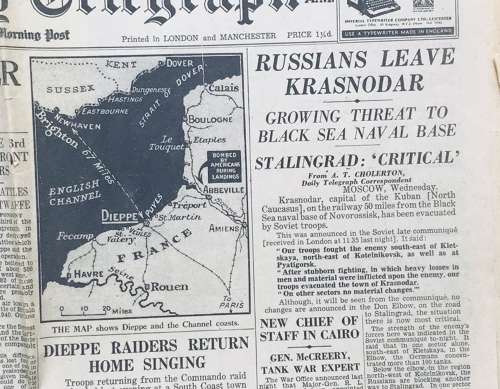 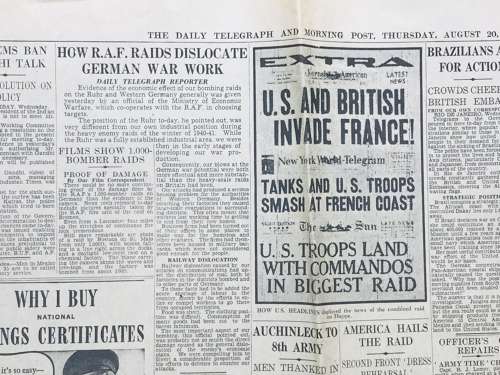 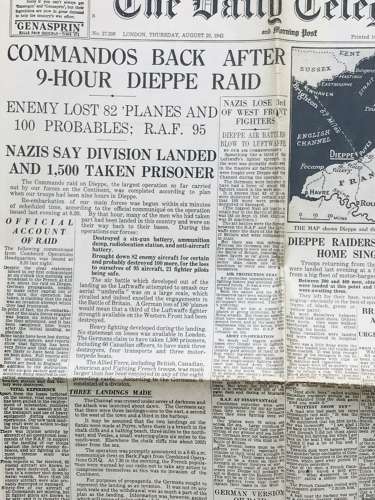 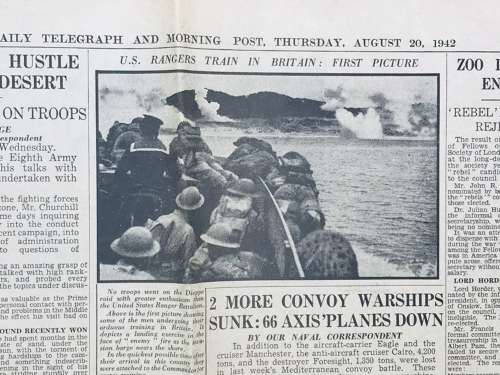 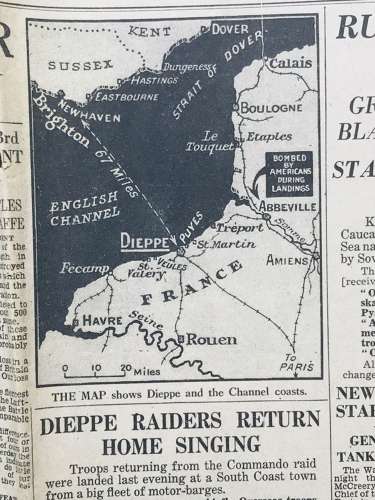 A Rare surviving copy of the daily Telegraph dated 20th of August 1942 covering the Deippe landings. This was the first combined operation by the allied armies and the first time the Americans saw combat in Europe, The assault was led by the Canadians and the attacking force suffered very heavy casualties. The newspaper is in good condition a very rare survivor.