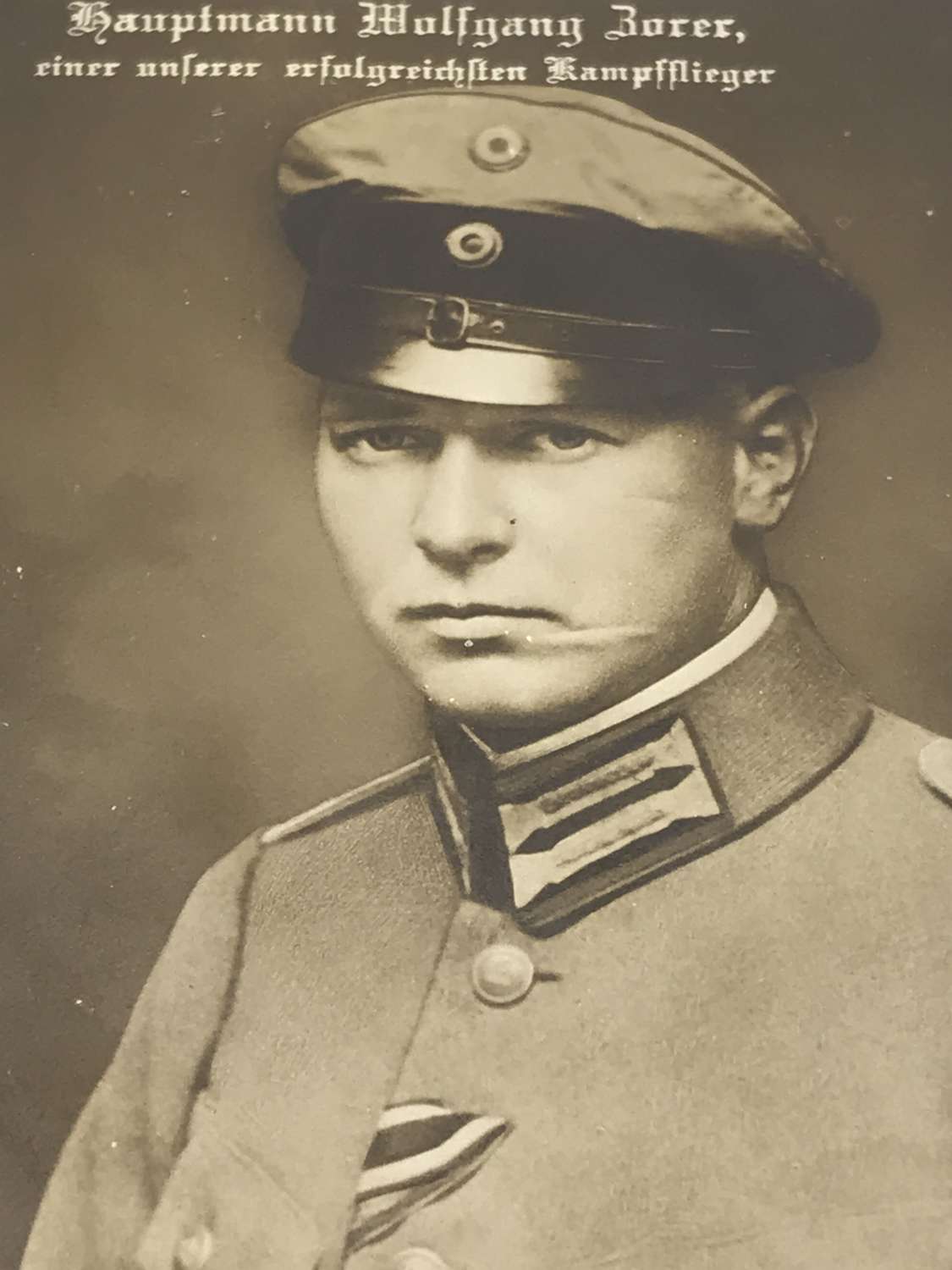 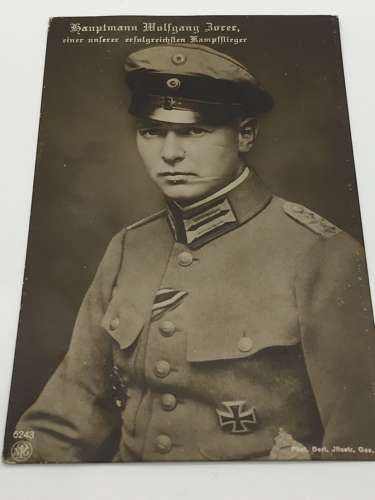 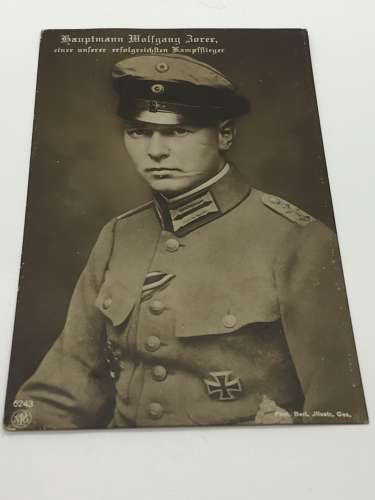 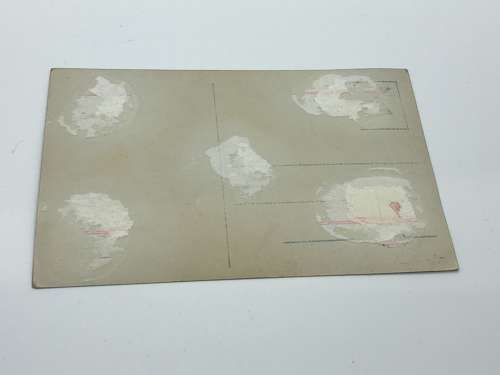 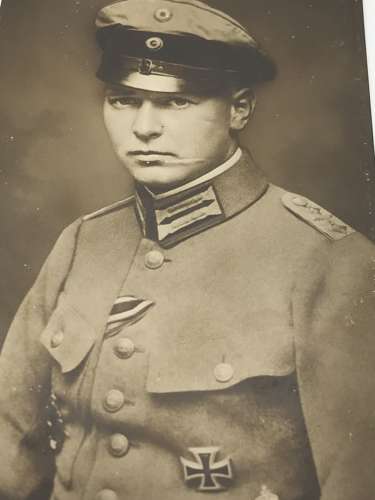 A Sanke card featuring Wolfgang Zorer. He was a squadron commander of two seater reconnaissance aircraft  and developed close cooperation with the troops in the trenches. He created close infantry tactics which included the bombing and strafing of enemy soldiers  and ground attacks. He was highly decorated but was not awarded the blue max due to being shot down and spending time as a POW. The card in good condition and has been removed from an album.