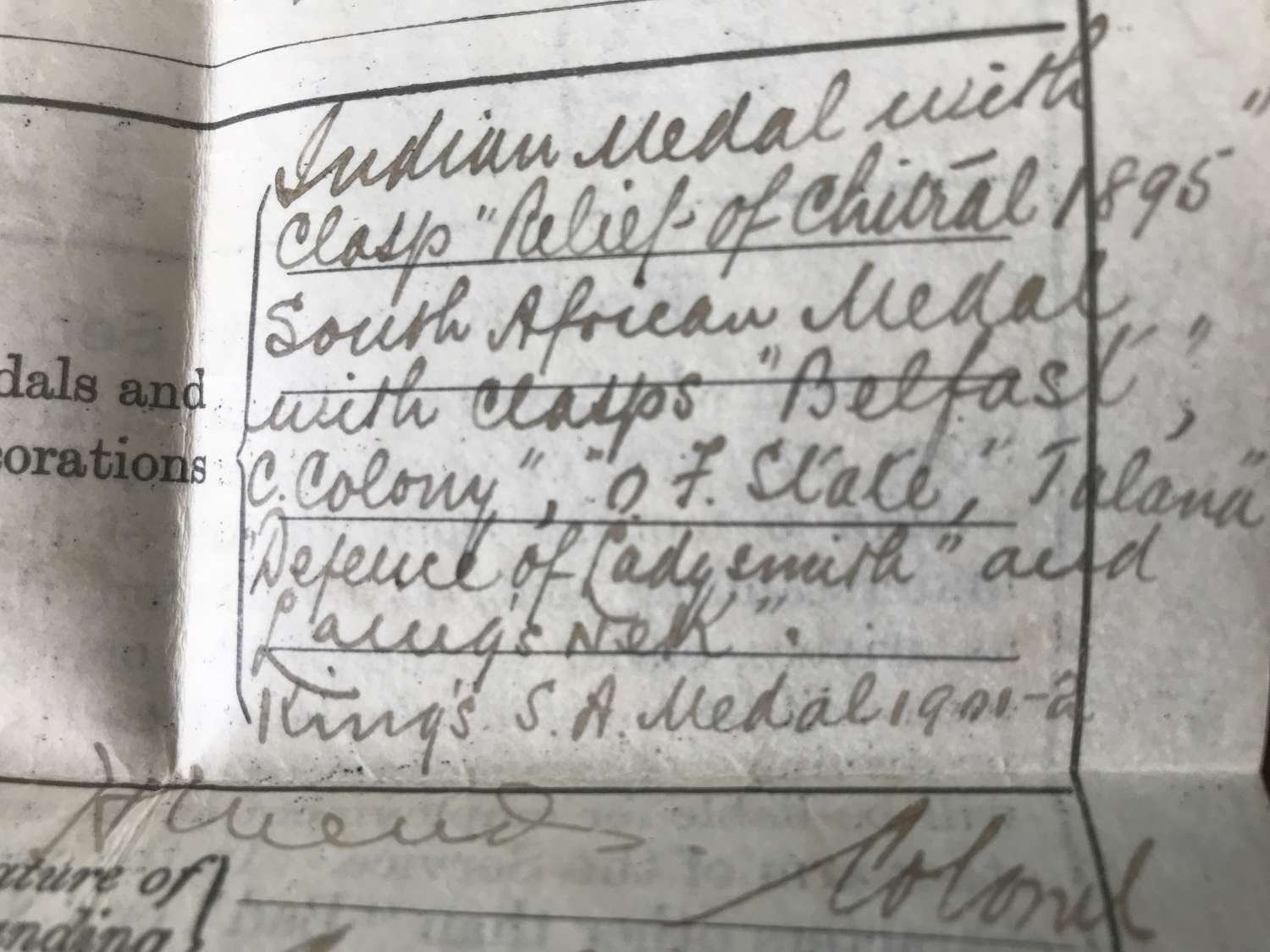 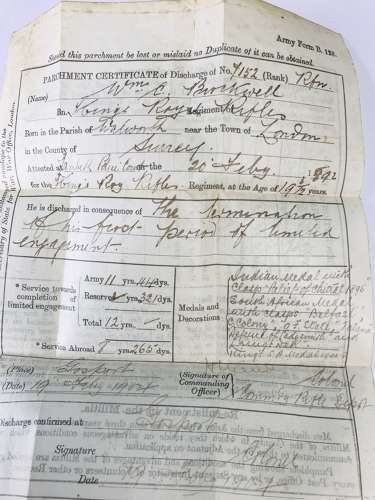 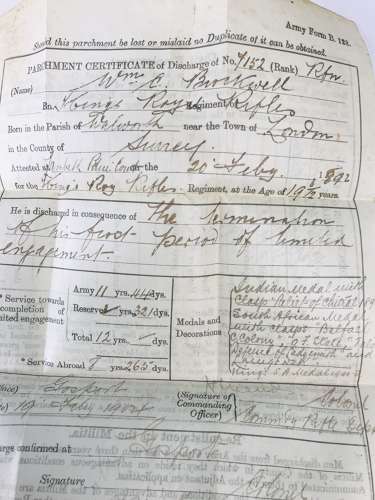 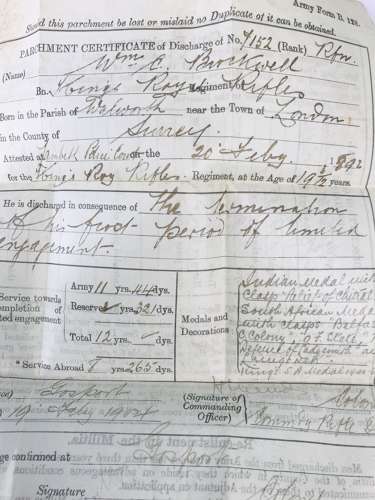 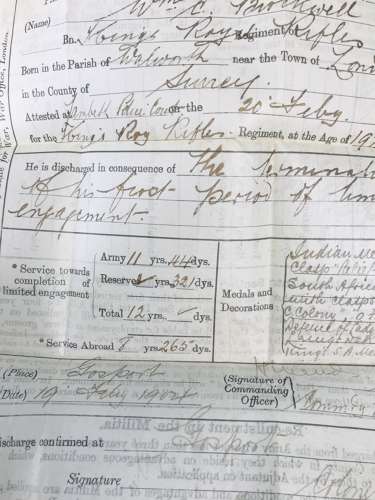 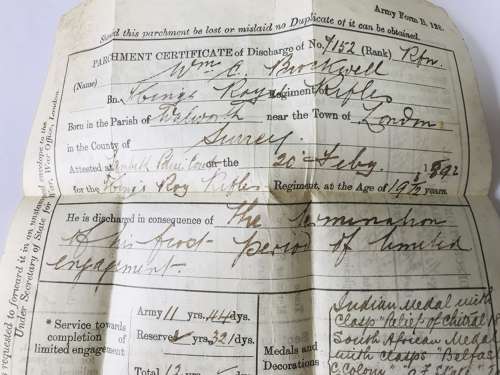 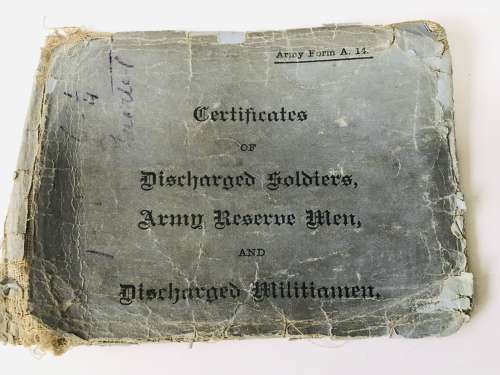 A certificate of discharge from the Army with original envelope dated 1904. It is named to rifleman W Brockwell who served for 12 years in the Kings Royal rifle Corps from 1892 to 1904  ,8 years of these were abroad. He saw action in India and South Africa and was entitled to the India medal with (relief of Chitral 1895 clasp )plus QSA with bars one being the (defence of Ladysmith) plus The kings South Africa medal.