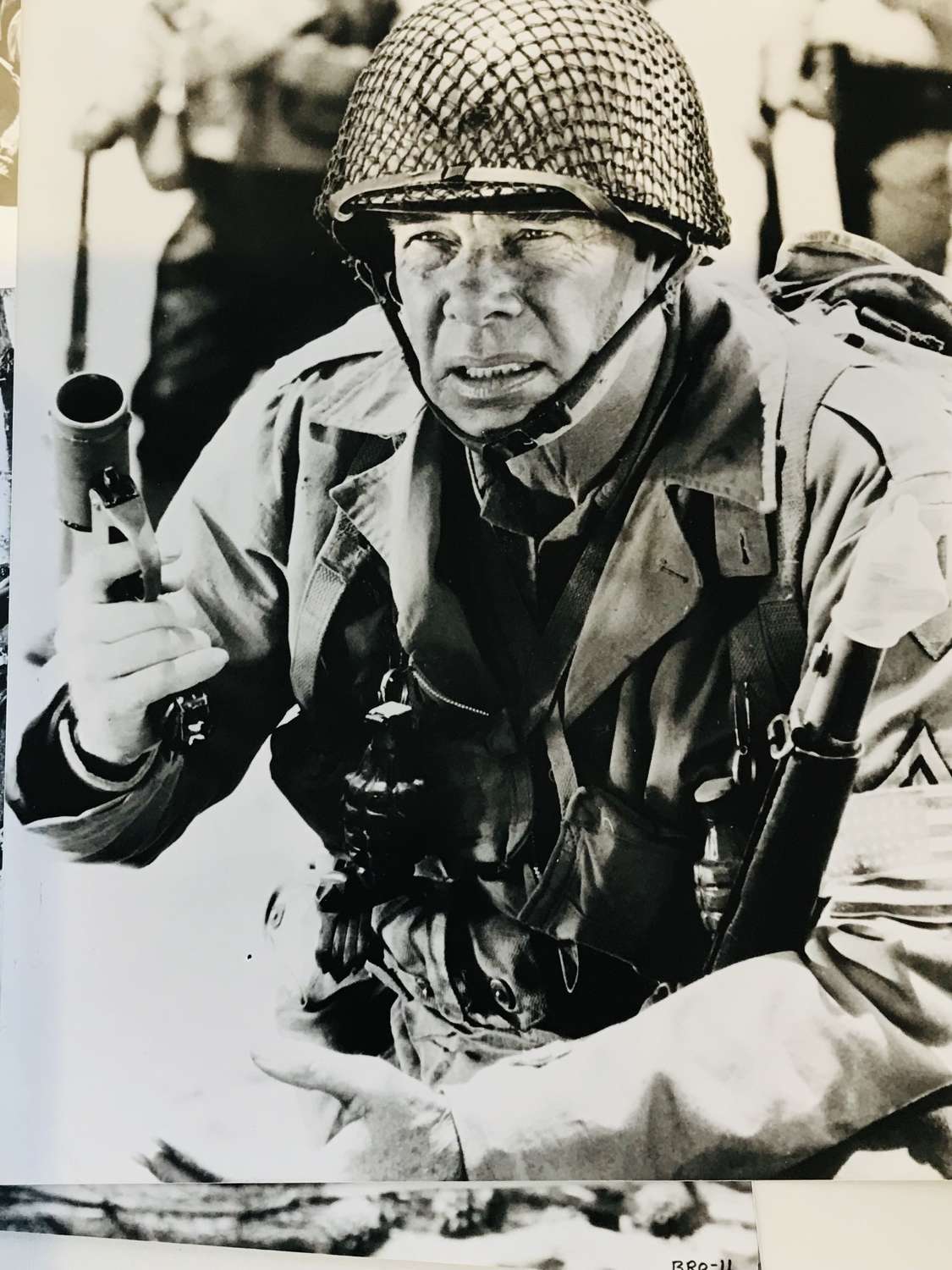 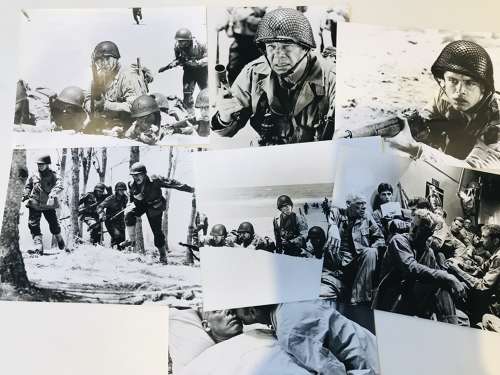 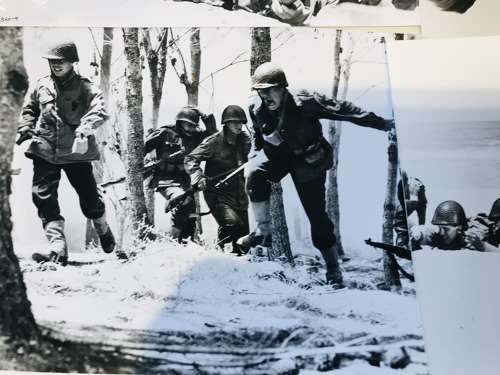 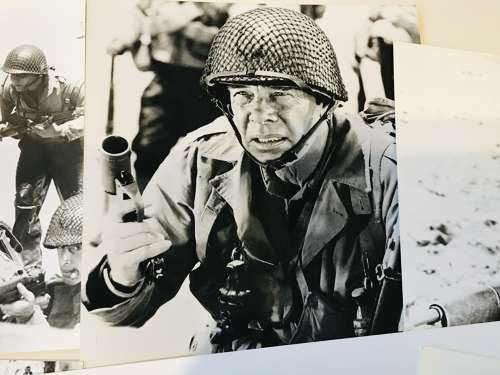 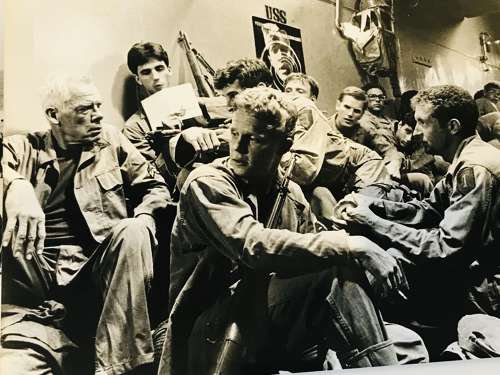 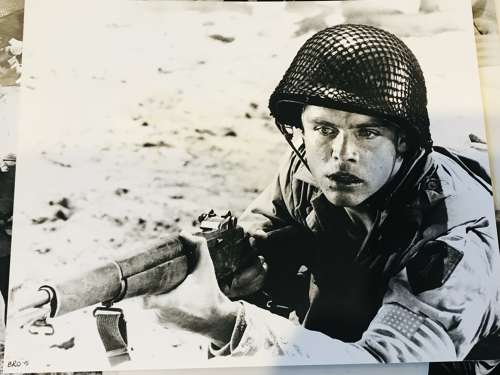 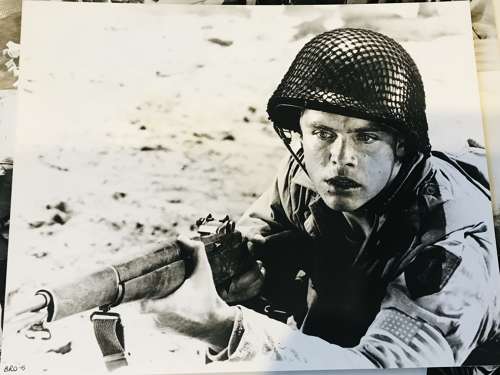 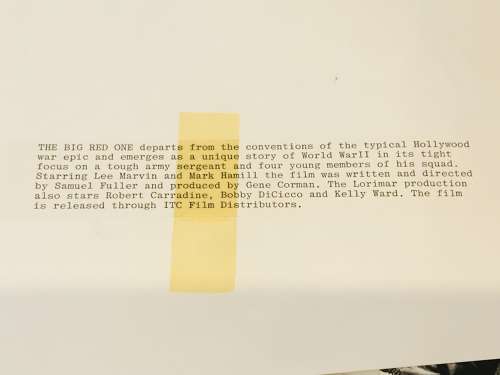 Seven movie stills from the 1980 film The Big Red One . The film starred Lee Marvin and Mark Hamill and was directed by Sam Fuller who was in fact a veteran of World War II serving in the first infantry division in North Africa Sicily and Normandy. The images are on a large format and measure 25 x 20 cm there is annotation to the reverse side.