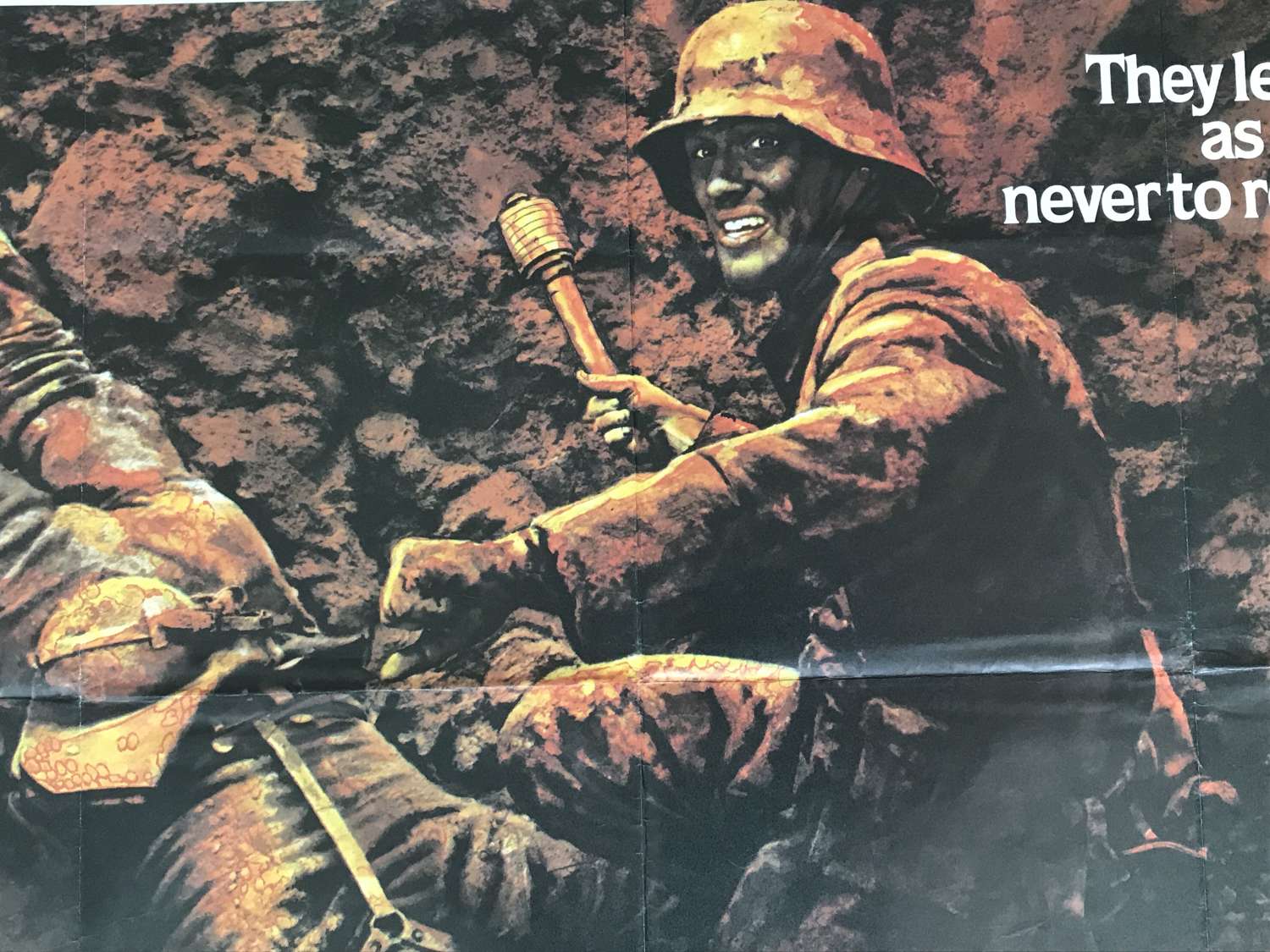 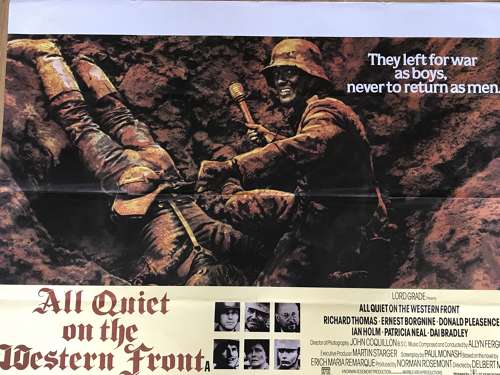 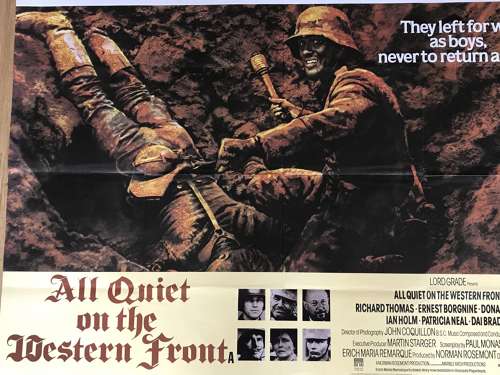 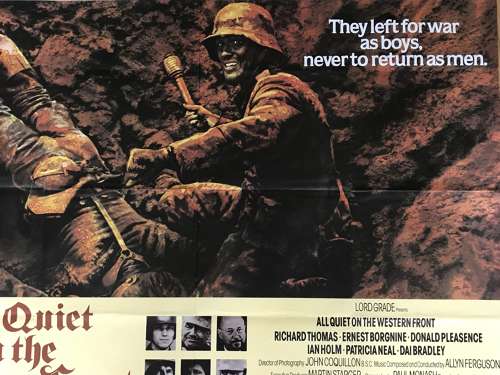 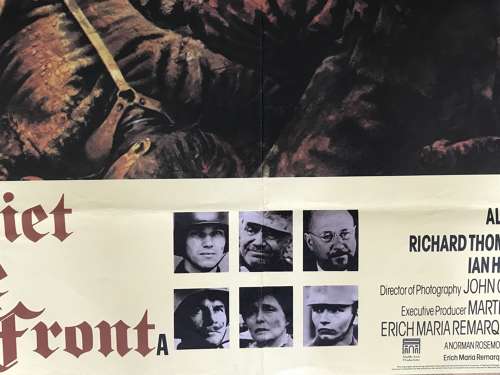 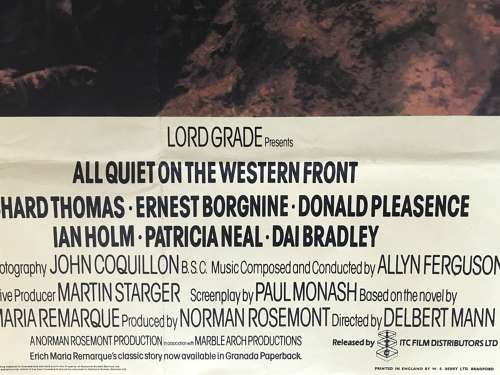 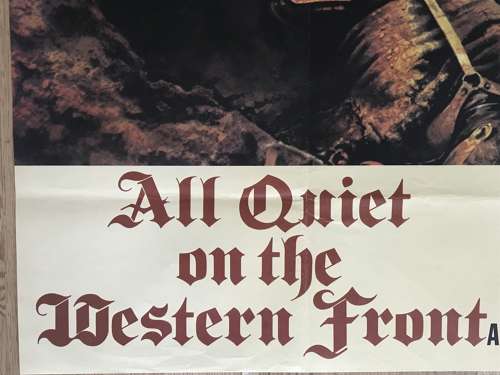 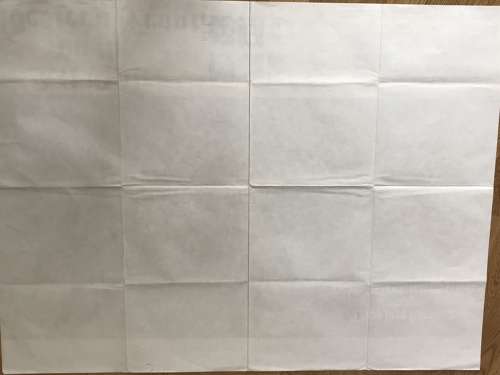 All quiet on the Western front film poster

All quiet on the Western front film poster this is a British quad and has been folded but in good condition dating from 1979 this is the remake of the famous film and starred Richard Thomas, Ernest Borgnine  and Donald Pleasence . Some striking artwork ideal for a First World War display.